A Darter Commission
to Open the Season

The December 2012 concert included a work composed by Tom Darter that had been commissioned by the Livermore-Amador Symphony Association in honor of the 50th season of the symphony. 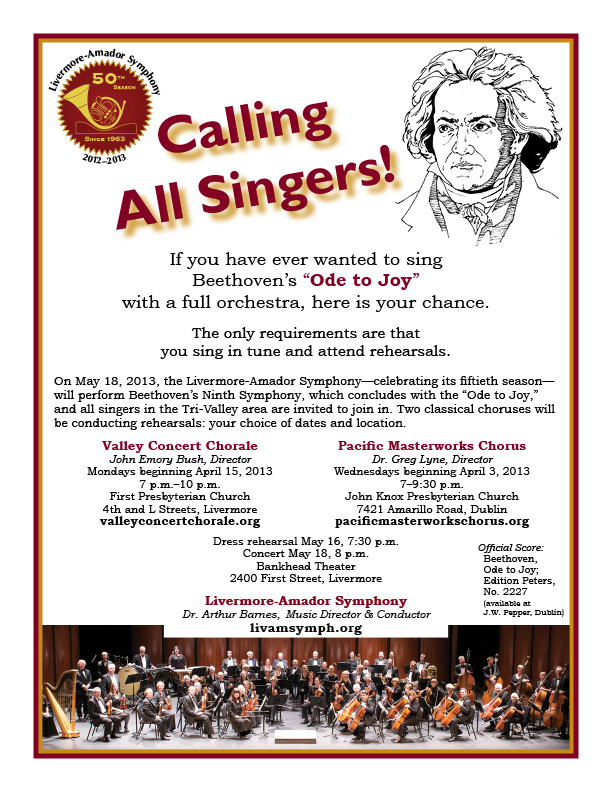 The May 2013 concert featured a performance of Beethoven’s Symphony No. 9. The Livermore-Amador Symphony Guild sponsored the performance of this work for orchestra, chorus, and soloists, which is considered by some people to be the greatest piece of music ever written.

Singers from Valley Concert Chorale and Pacific Masterworks Chorus joined LAS for the concert. In addition, singers from the community who attended rehearsals (and who could sing in tune!) were welcome to join the chorus. Click on the image at left for the flyer that provides details. (1MB pdf)

Asilomar Retreat to Celebrate the Season

The Livermore-Amador Symphony Association organized a retreat at Asilomar State Beach and Conference Grounds for its members—orchestra players, Guild members, and donors—and their families on the weekend of Friday April 19 through Sunday April 21, 2013.—To see photos and read comments about the retreat, click here.

The route from A to B indicates the
2-hour drive from Livermore to Asilomar. 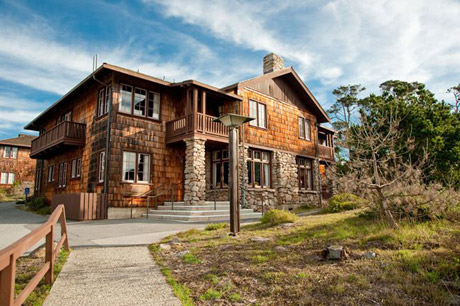 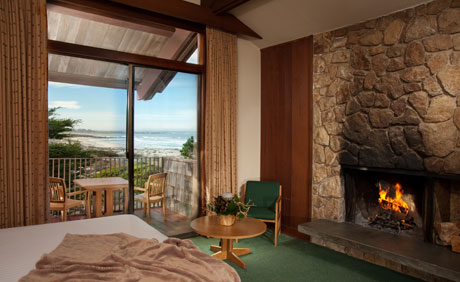 To Home page  To Overview/History page  To Prior Seasons page